It’s always been a little weird when someone comes up at clinics or expos and meets Warwick for the first time and is gushing and “fangirling”. I guess because to me, he’s just “Work” (that’s how my family pronounced his name for a long time!) He’s just the guy I married almost 24 years ago (in February). Don’t get me wrong, I know he’s amazing, but it has still been strange to see his popularity increase – people wanting things with his name on it, wanting his autograph, wanting to take pictures with him. To tell you the truth, I try not to think about it because it still feels a bit surreal.

But, the other day I finally GOT IT!

Let me explain. For the last couple of months, Warwick has had me listening to Brene Brown on audiobook. I spend a lot of time alone and I usually put on talk radio so it is another person’s voice and not just music. He convinced me to switch to some of Brene’s books on Audible and it’s been amazing.

Brene talks about wholeheartedness and vulnerability and shame. So much of it hit home, as it would with any human being who is not a psychopath (she says this).   I have listened to all of her full-length books, most with her narrating them and another that is a shorter session. I think I’ve listened to 2 of the full- length books twice and the shorter session about 4 times. I always pick up new things when I listen to them again. The point is, I have binged on Brene Brown recently! She has been my constant companion for about a month!

The other day I was walking Holden around our neighborhood, listening to my friend Brene (because this is what she feels like about now) and I thought to myself, I kinda love Brene Brown! I would actually love to meet her. She could totally be my friend. I pondered why I felt this way and concluded that it was because she had taught me so much. I could relate to her, she was funny, humble, likeable. And then it hit me: this is why people react to Warwick in the same way!

They might not know him, but they’ve listened and watched hours of his videos. They learned things from him that have had a profound impact on the relationship they have with their horses (and with others, we’ve heard). He’s funny, he’s humble and they can relate to him. It’s exactly the way I feel about Brene Brown! 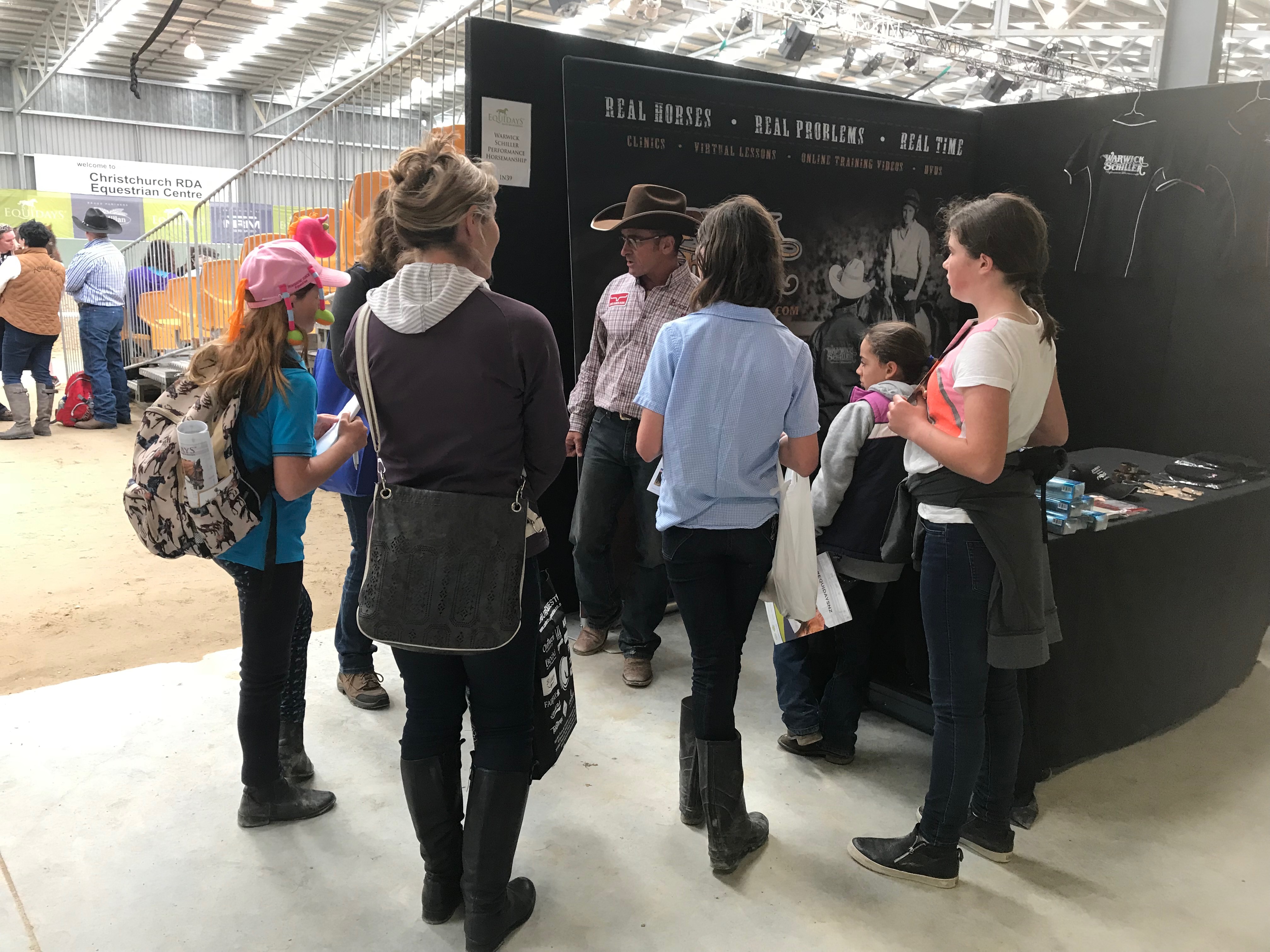 So, if you’ve been one of those people at the clinics or expos or anywhere else, I’m sorry! Don’t get me wrong, I think I’ve always been gracious when people come up to talk to Warwick, but I think if you looked hard enough, the confusion could be seen in my eyes. Now that I know what that feeling is, I will do better and it’s actually pretty cool that people feel that way about Warwick. I sure hope that I get to meet Brene Brown someday and tell her how she has so positively impacted my life. I might even get a picture with her or have her sign a book!