I remember taking a lesson when I was about 6 or 7 years old from my Equitation coach. There was a big gooseneck trailer on one end of the arena and when we were riding we would go behind it on that end for probably 4 or 5 horse lengths unseen to the trainer. Usually, that is where we would relax for a minute because our arms and legs were aching from holding our perfect posture. Well, one day, the horse I was riding, my sister’s horse Shawna, figured out the drill and stopped behind the trailer to roll. I’m sure the coach heard my screams and came running over. “Don’t let her do that!” She yelled, “You have to show your horse who is the boss!” I think there was some kicking on the horse to get it up and it wouldn’t surprise me if there was some whipping and jerking 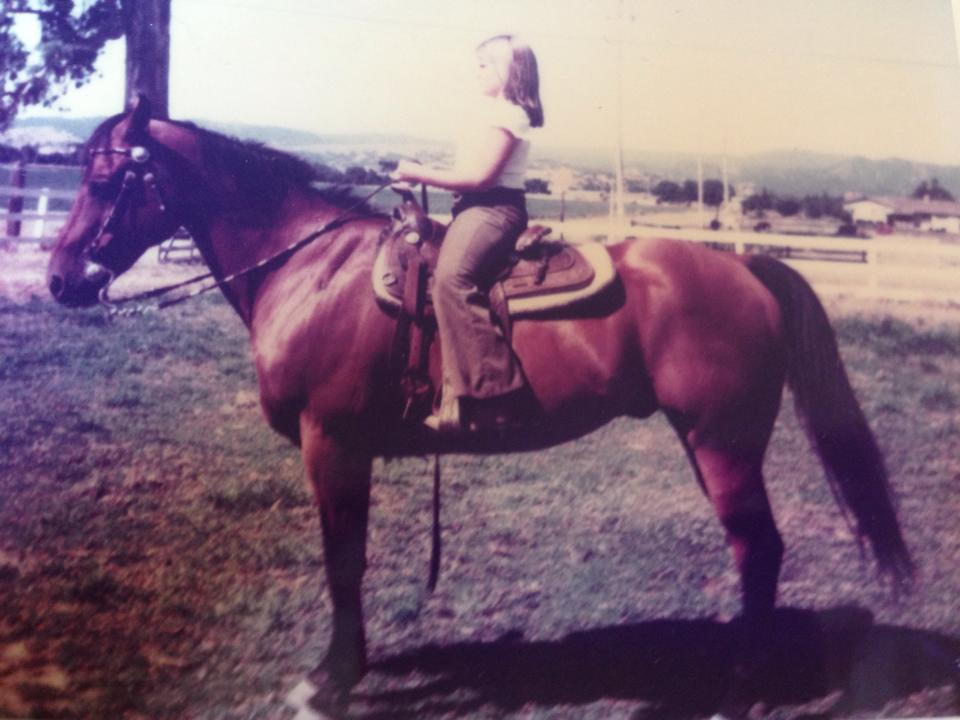 when I got back on. I was a kid and my trainer told me I couldn’t let her win, so I did what I thought I needed to do to show her that I was the boss of her.

As far as we have come in horsemanship, I am still surprised when I hear people talk about not letting the horse win. I am ashamed that I believed that I had to show my horse who was boss in order to get her to do things that I wanted to do. But, now that I know better, I try and do better. Here is a story that Warwick tells that will illustrate why the principle of “Don’t Let Your Horse Win” is outdated and should be abandoned immediately!

“I had a young man working from me who grew up in Mexico, named Jesus! (The nickname for Jesus in Mexico is “Chuy”, so he goes by the nickname.) After a couple of years working for me, Chuy went back to his hometown in Mexico and ran into some of the local “horse trainers”. He asked if there were any troubled horses.   There was one in particular whom they mentioned would rear up and flip over when asked to turn left. This piqued Chuy’s interest and so he questioned them a bit more about the horse and when it would perform such a feat. It turned out that they liked to ride into the next village and drink a little tequila and when they did, they would turn left down the main street and gallop all the way to the next village.   He also found out that the horse’s paddock was behind the main street.

So, Chuy asked if he could ride the horse. They obliged. He saddled up, got on and sat there chatting for awhile – seemingly doing nothing. He was, in fact, doing quite a bit of lateral flexion work and seeing how soft the horse was. He figured that it was not the steering that was the problem, but maybe the horse had a bit of an issue with all the work that he would have to do when he turned left down the main street (galloping to the next town). Chuy put himself in the horse’s head and decided if he was a horse, he’d rather be at home in his paddock kicking back.

Chuy repeated this sequence of events a couple more times, much to the dismay of the older, “more experienced” horse trainers. “You cannot let him win!” was heard more than once and Chuy was beginning to feel a little bit threatened for his safety as their taunts of anger escalated.

However, about the 6th or 7th time that Chuy worked the horse in the paddock, the horse had changed his mind about how much fun it was to be back at home and when Chuy picked up on his left rein at the main street, the horse happily turned and galloped off.”

This story is a great example of the Choose Where you Work and Choose Where you Rest principle of horse training that we have included on the video library. This principle works much better than the “Show them who’s boss” or “Don’t Let Them Win” principle.

This horse had pins dropped at the main street – he knew it was a lot of work galloping to the next town and the ride back was probably not much fun depending on how much Tequila was consumed. The “rest pin” was in his paddock. He knew that all pressure was released there and he got to chill. Imagine the fights that had ensued when the riders held onto the belief of “You cannot let him win!”. I bet there were some pretty ugly scenes and it escalated until the horse finally figured out how to win by rearing and flipping over. Pretty extreme.

By understanding that horses are energy conservers and will seek out the place of most rest, Chuy was letting the horse win and then changing his mind about the place of rest. He used this principle with great success and to the amazement of the older horse trainers from his village.

If you want to hear Warwick tell the story, with bad accents and all, you can watch it here:  https://www.facebook.com/plugins/video.php?href=https%3A%2F%2Fwww.facebook.com%2FWarwickschillerfanpage%2Fvideos%2F1556209731091167%2F&show_text