Once you see, you cannot un-see!

We get a lot of comments on social media about this topic. After watching the video library, people learn a different way (I wanted to put “a better way” and we think it is a better way, but thought that might be too presumptuous). Then they watch someone doing something with a horse and can immediately see why the horse is acting that way and that it could be easily fixed. Usually the cause for the post is to ask whether they should say something or not.

I still struggle with this sometimes going to the reining shows because I see so much that could be addressed differently. It’s actually made me question whether I want to continue competing at those shows. Here are the first two examples that immediately come to mind.

The first is due to the fact that each arena we compete in is lined with sponsor banners. Some horses don’t care about them and others do.   I have learned, through Warwick’s principles of training, how to most effectively deal with a horse that is concerned about something. It is a matter of being empathetic to the horse – recognizing that they are bothered. But really, it starts way before they are put in a situation to be bothered by a banner. If we have done a good job of teaching them to empty out their rabbits, then the banner is a non-event.

However, at the show, in that moment, if they are spooking, what I typically see done is the following: The rider jerks and kicks the horse, pointing it directly at the banner and continues until the horse goes up to it. Basically, those people are saying, “I don’t really care how you feel, you are being stupid, it’s just a banner!” I see this too many times at the shows. Warwick did a great Youtube video on this topic, it is a little confrontational but was made to be. He wanted to get people to THINK about it. If I’ve peaked your curiosity it is called How NOT to get your horse to approach a scary object https://www.youtube.com/watch?v=cypfTjv8msE&t=108s. Don’t say I didn’t warn you and yes, Abby knew full well what she was getting into before filming!

The second thing I see that can’t be unseen can be a little more subtle but very relevant to me and all other reiners. It’s the draw of the gate in the arena! I have to fix the gate at EVERY.SINGLE.NEW.ARENA with Petey! Luckily it only takes once or twice letting him make the mistake and correcting him to where he figures out that the gate is more work than rest! I totally get that this is part of Petey and that he needs to check it out at every new arena.  I don’t get offended or mad about it, in fact, it’s kind of amusing!

The draw of the gate causes all kinds of problems for the reining horses. When you are supposed to be performing at high speed on a loose rein, your horse has to be with you, not thinking of being somewhere else. If they are thinking out the gate is better than in the arena, it can cause leaning towards the gate, which can cause the horse to swap leads, to come out of frame, to lean in a stop, to run off towards the gate when running to a stop. I’m convinced that if more people took care of this problem right at the start of their ride, there would be so much less conflict seen in the arena (because the typical fix for leaning problems usually involve pulling on reins or using spurs way more than need be.) It’s kind of like trying to learn something when you are hungry. The only thing you can think of is how hungry you are, not the lesson in front of you. Or maybe that’s just me when I’m hungry – I do tend to get Hangry! Those horses, when they think that the rest is outside the gate, the only thing they can think of is how they are going to get out the gate!

I’ve decided that the best way that I can address the things that I can’t unsee is to lead by example. I will admit that I’ve tried to do it the other way. I’ve given unsolicited advice and it usually ends with the person looking more confused than before. So, I stick with the leading by example tactic. I am lucky enough to have horses that I can really show off the principles of training at the horse shows and win a bunch of stuff on! I know I get some weird looks while I’m jogging circles at the gate (sometimes blocking the gate), but my horses don’t lean or think towards the gate while I’m running full speed in my patterns. I haven’t had anyone ask about what I’m doing there yet, but if and when they do, I’ll happily explain.

So that is the advice that we give to people who ask about the things that they can’t unsee. Be the example. Do your thing. People will change when they see a reason to change. Think about what made you search for a different (better) way. If someone had tried to tell you before you were ready, likely it would have fallen on deaf ears. Just honor your horse with your new and expanding knowledge and maybe you will be the catalyst for someone else looking for a better way. 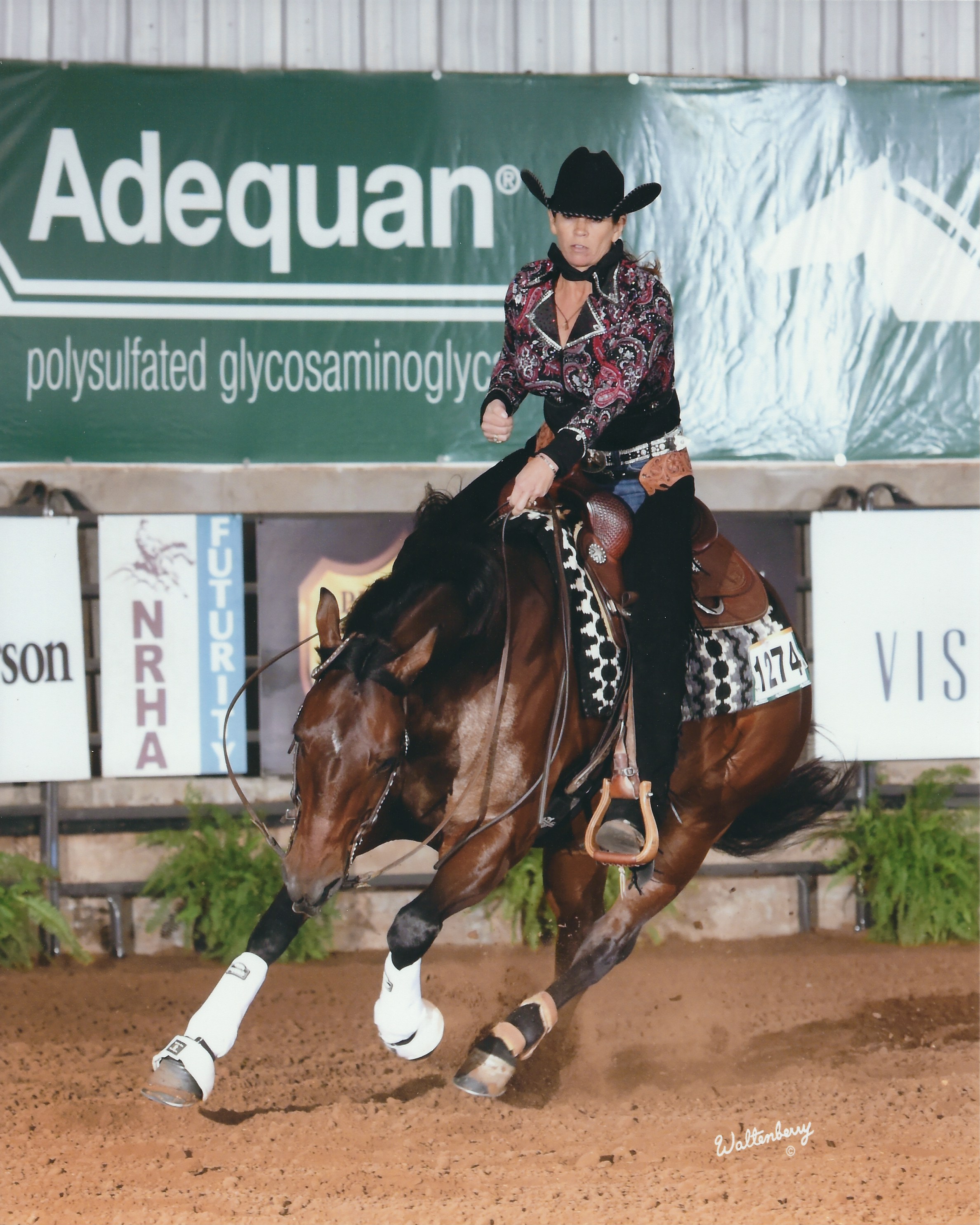 One thought on “Along For The Ride: Once you See, you cannot Unsee”